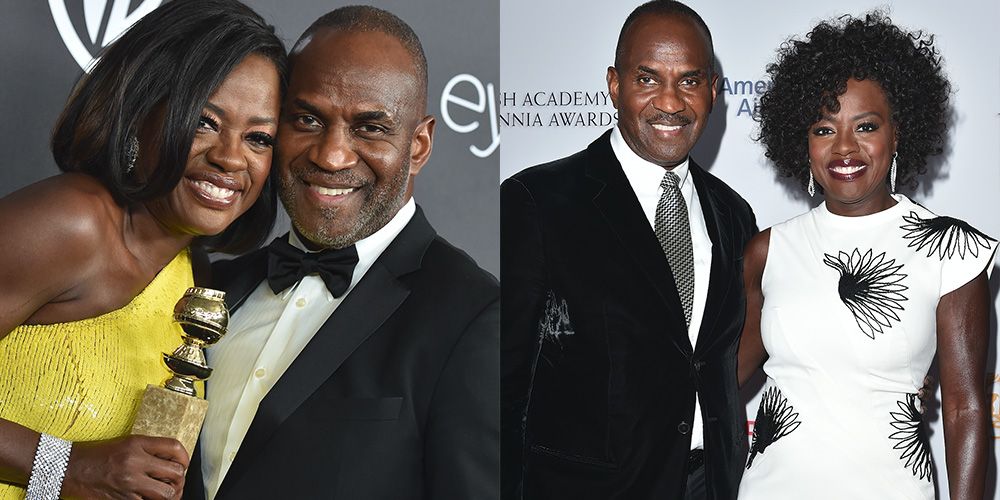 They say you’ll know when “the one” will walk into your life. Viola Davis had no idea when or even if that moment would ever come for her, but the How to Get Away With Murder star wanted it to happen — so, she prayed on it.

“I was the loneliest woman in the world, and someone said, ‘You should just pray for a husband,'” she told Page Six in 2013. She ended up taking her friend’s advice, and told her friend she “wanted a big Black man from the South who looked like a football player, who already had children, who maybe had been married before.”

Three and a half weeks later, she and her husband, Julius Tennon, first met. Making matters sweeter, Julius checked off many of Viola’s boxes. Julius, an actor himself, was from Austin, Texas. He was a standout football player, earning a full scholarship to play at the University of Tulsa. He also went on to become the first African-American to graduate from the school’s theater department. What’s more, he had two sons from a previous marriage, Bustle reports.

According to what Julius shared on the OWN series Black Love, he overheard Viola talking to her friend about not knowing anyone and decided to walk over and give her his card.

On Black Love, the Academy Award winner said she was “ashamed” of having bad credit at the time and put off calling Julius for several weeks. But when they did have their first date, things went well.

“I was terrified, because he told me exactly who he was ― he was absolutely honest about his past,” she said. “And then he brought me home, and he just said, ‘You are a very beautiful and nice woman, and it was a pleasure spending time with you.’ And he shook my hand.”

Not even a half hour later, he called Viola.

“I said, ‘You got home already?'” Viola recalled. “He said, ‘No, I’m at the Ralph’s down the street, but I just wanted to tell you again what a great time I had and what a beautiful woman you are.'” Believe it or not, he called yet again with a similar message.

“After my first date with Julius, my life got better,” Viola said. “Every way, anxiety went away, fear went away, he just made my life better.”

Today, the couple is going strong. This past June, Viola commemorated her 17th anniversary with a sweet Instagram post. In the caption, she recalled praying to find the right man for her. Clearly, her prays were answered.

“You have made my life sweeter and my heart bigger,” she wrote. “I prayed for you and God said,”Yes! I have just the right person for you!!!!” Happy Anniversary my love… The best is yet to be.”

This content is created and maintained by a third party, and imported onto this page to help users provide their email addresses. You may be able to find more information about this and similar content at piano.io

How Banks and Credit Unions Must Prepare

One month later, many Ashwood Apartments fire victims still without a home | News 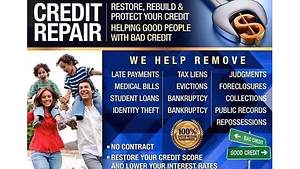 Full details can be found at: https://freshstartconsumerservices.com/index.html

The newly launched services are designed to ensure clients can repair bad financial credit history, track their improvement campaign in measurable ways, and secure a better future for themselves and their family.

Clients can work with Fresh Start Consumer Services to clean up their past. This is achieved by working with the major credit bureaus and creditors to challenge the negative report items that affect the credit score.

Based in Warner Robins, GA, the expert team at Fresh Start Consumer Services is passionate about helping citizens to improve their credit score to give them more buying power. As a result of this, clients are able to secure more options in life.

The team understands that sometimes bad things happen to good people, and their services are designed to ensure that clients can get the most out of life. They also realize that a bad credit score can harm clients’ quality of life – and can be a difficult situation to get out of.

Fresh Start Consumer Services offer courses in credit repair and restoration, budget management, credit education and purchase assistance. Clients get easy access to their account 24/7 for live status updates on improvements, allowing them to fine-tune the management of their credit score.

Service options include personalized dispute options to fit each clients’ exact credit repair needs, an experienced case analyst and case advisor working personally with them throughout the process, custom dispute letters, and more.

For clients, there are a number of reasons to work with a credit repair specialist. Clients are able to secure significant savings on interest rates, attain better terms on loan products, and get access to the best credit card deals. They also gain access to more housing options.

The team states: “Fresh Start Consumer Services offers a unique combination of services that gives our clients the quality of life they deserve. We specialize in helping our clients achieve qualifying credit and the financial health they desire.”

Full details can be found on the URL above.

Is it Possible to Trade In a Car Early? 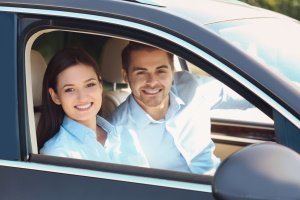 Yes, early trade-ins are possible when you finance a vehicle. In fact, there’s no set time frame on trading in a car. Most dealers won’t take a trade-in that’s too fresh, though, and it’s best to wait until there’s equity in your vehicle before you try to trade it in.

When you trade in a car, you’re essentially selling it to a dealership and financing something else from their lot, without the hassle of selling and buying with separate transactions. There are no hard-and-fast rules about how and where you have to trade in your vehicle.

However, it’s beneficial to shop around and see which dealers can give you the best price, but you shouldn’t just head to a car lot and ask what they’re willing to offer you. When the time comes, there are several steps you may want to take to get ready for the trade-in process, especially if you’re looking to trade in early before you’ve had the chance to close the equity gap.

Trading In Early and Equity

When you’re trading in a vehicle soon after you’ve financed it, you’re more likely to be in a negative equity position – owing more on your auto loan than the car is worth.

This is especially true if you financed a new vehicle, or a certified pre-owned car. Newer vehicles depreciate faster than used ones, which have typically already seen their biggest drop in value.

Depreciation is the loss of value over time and it can’t be stopped. It can be slowed, though. The best way to do this is by using a large down payment when you finance. This reduces the amount you have to borrow, and leaves you owing a price closer to what the car might cost after you drive it off the lot. New vehicles typically lose around 10% of their value as soon as they touch the road.

If you don’t have the equity to recoup your investment in a car, you have to make up that difference out of your own pocket. It’s much easier to trade in a vehicle that can pay for itself, but this isn’t always possible when you’re trying to do so early.

When you know that you’re starting with a deficit on your trade-in, it’s a good idea to be prepared to get the most you can. Clean the car thoroughly, both inside and out, and make sure to fix any minor damage that may have occurred in the short time since you took out your loan.

Getting the vehicle detailed and fixing major mechanical issues isn’t likely to result in a worthwhile increase to the cash in your pocket, so don’t go overboard. Remember, you want to make as much money on this trade as you can, and it’s probably cheaper for the dealership to fix any large issues.

Before you set foot in a dealer to get your trade-in appraised, it’s a good idea to know approximately how much your car is worth. You can find this out by going to online valuation sites such as Kelley Blue Book or NADAguides. Be sure to be honest when you’re inputting information, since it’s the only way to get an accurate estimate of possible value.

Once you have the estimates (which you should print or save to your phone), it’s time to take your trade-in to get looked at. Taking it to a few different dealerships is a good way to find the best deal you can.

Depending on your credit situation, it’s likely a good idea to ensure you’re trying to trade in your vehicle to a dealership that can work with your situation, especially if you have poor credit. And that’s where Auto Credit Express can come in handy.

We have a nationwide network of special finance dealers that are signed up with subprime lenders who can help people in many different types of credit situations, including bad credit, no credit, and even bankruptcy.

The process is easy to get started – just fill out our free auto loan request form. We’ll match you to a local dealership that can get you started on the financing you need after your early trade-in. 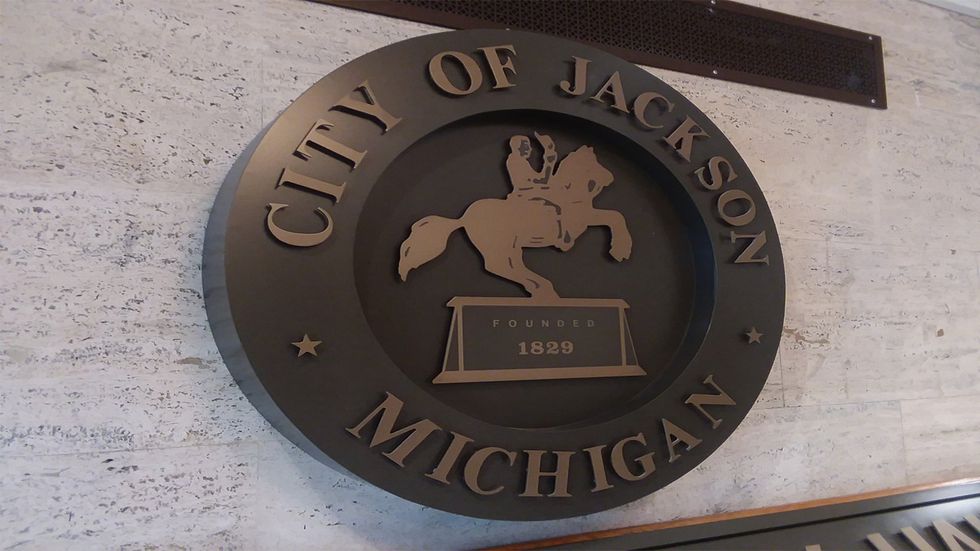 JACKSON, Mich. (WILX) – The City of Jackson is getting international recognition for its transparency in financial reporting.

The Government Finance Officers Association of the United States and Canada (GFOA) awarded the Certificate of Achievement for Excellence in Financial Reporting to Jackson for its Comprehensive Annual Financial Report (CAFR) for the fiscal year ending June 30, 2019.

The CAFR was judged by an impartial panel to meet the high standards of the program. Standards include demonstrating a constructive “spirit of full disclosure” to clearly communicate the financial story of the City and encourage users and groups to read the CAFR. The Certificate of Achievement is the highest form of recognition in the area of governmental accounting and financial reporting.

“This is great for the City as a whole because it improves our bond rating,” said City Manager Jonathan Greene. “We believe this award will help our residents understand the work we do to make the City’s finances transparent and easy to understand.”

Bond Ratings are letter grades assigned to bonds that indicates good or bad credit for an entity like the City of Jackson. By having a strong bond rating cities are granted opportunities to pay back interest at lower rates.

The CAFR can be viewed HERE.