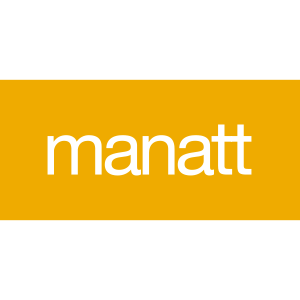 Regulators are keeping a close eye on credit repair companies as evidenced by a pair of new lawsuits filed by the Illinois attorney general and a separate action brought by the Federal Trade Commission (FTC).

In Illinois, the attorney general filed a pair of lawsuits. The first alleged that a company purporting to offer credit repair services and its owner engaged in fraudulent and deceptive business practices.

The first action claims that, since at least 2014, defendant failed to register as a credit services organization, charged unlawful upfront fees, misrepresented the cost of its purported services to consumers, and then failed to perform the promised credit repair services or provide refunds to affected consumers, according to the complaint.

The defendants, say the AG, charged consumers between $1,000 and $2,200 for their alleged services, requiring full payment (up front or via installment payments) before they performed any work. But after pulling consumers’ credit reports, the defendants then failed, says the AG, “to achieve the results promised and [did] not improve consumers’ credit.”

In another complaint, the Illinois AG has sued both the company and key individuals on similar claims of deceptive credit repair services and collection of illegal upfront fees. Ads for the company stated, “TIRED OF BEING A SLAVE TO DEBT. Come get out of bondage with [the company]” and offered a list of services including “credit restoration, trade lines, debt settlement, bankruptcy, guaranteed funding, business start-up and grant writing.”

The AG claims that despite marketing such services, the defendants have never registered with the state as a credit services organization and failed to secure the required $100,000 surety bond.

In addition, the defendants operated as a debt collection agency, according to the AG, engaging in “harassing and threatening debt collection practices” such as calling consumers multiple times a week claiming that they owed money on delinquent loans and threatening wage garnishment, the attachment of liens, and the freezing of bank and credit card accounts.

Both of the complaints seek payment of full restitution to affected consumers, a court order declaring the contracts between the defendants and consumers unlawful and rescinded, a permanent injunction halting the defendants from engaging in the alleged deceptive acts and practices, and penalties of $50,000 per act under state law.

In the FTC case, the agency has now resolved a complaint filed in June 2019 against seven credit repair-related entities and two individuals, alleging violations of the FTC Act and the Telemarketing Sales Rule (TSR).

The defendants made false promises of substantially improving consumers’ credit scores, the agency asserted, claiming that they could remove all negative items and “hard” credit inquiries from consumers’ credit reports. The defendants also illegally charged upfront fees for their services, instructed consumers to mislead lenders and credit bureaus, and threatened consumers with lawsuits when they complained or disputed charges, according to the complaint.

To settle the charges, the defendants agreed to total monetary judgments of more than $13 million, largely suspended based on inability to pay, as well as a permanent ban on operating or promoting any credit repair service.

In addition, they are prohibited from misleading consumers about financial services (such as credit offerings or debt relief); using threats, intimidation, confessions of judgment and other unfair practices to prevent consumers from exercising their rights to dispute charges; and future violations of the FTC Act and the TSR.

“These companies promised to clean up people’s credit, but failed to deliver,” Andrew Smith, Director of the FTC’s Bureau of Consumer Protection, said in a statement.

Credit repair services will continue to be an area closely scrutinized by both state and federal regulators. Those engaged in such services need to take care not to run afoul of licensing issues, but likewise need to ensure that they are providing true value to the consumers they have contracted to serve. Companies offering credit repair services are facing regulatory oversight at both the state and federal levels.

How to Get Items Removed From Your Credit Report