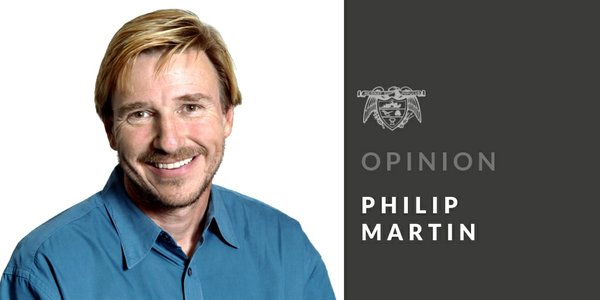 Most of us don’t know war. If you talk to someone who does, who has been in it and is willing to talk about it, you will hear that war is mostly boredom punctuated by terror, and that heroism is accidental. On the ground, they say, a soldier’s life is habit and drill. It is preparation and waiting.

Until it is smoke and confusion and metal in the air.

Soldiers get through by doing what they call duty, the tasks for which they have been trained and are required to do. Duty is not necessarily selfless, and performing a duty can be a source of self-esteem, but it is an action unconcerned with ego.

You do your duty not because it brings you happiness or makes you look cool, but because something larger than yourself–comrades, nation, way of life–is dependent upon you doing so. Duty allows ordinary people to sometimes do extraordinary things in extreme circumstances, but it is mostly a question of following one’s conscience and not being selfish.

We do not have metal in our air, but a virus. We do not have a war, but in some ways it feels like one–we have a war’s boredom. We are not soldiers, but we are susceptible to something deadly and random that has filled up our morgues and exhausted and rattled our health-care workers.

And while we can imagine the end of it, more of us will die before the armistice. Maybe we should take extra caution to not be among the last casualties.

Most of us will see the other side of this quiet siege. Most of us will someday look back on all this with wonder and perhaps a kind of unearned pride in having survived. Someday we will try to explain 2020 to people who will have no idea what it was like.

When (and if) things get back to something like what we used to know as normal, we might even begin to forget ourselves.

I don’t want to forget what it is like. For nine months I’ve gone without shaking a stranger’s hand. We have mostly stayed home, surrounded by devices and dogs and the kind of comfort that feels obscene when considering the way most of the world lives. We have seen a few friends and awkwardly negotiated a few social dates. We have been on Zoom calls and waved at delivery people.

We have gone on long walks and bicycle rides. We have refreshed our browsers, trying to apprehend the future as it flies at us. It has been weird, and it is not over yet. Though it feels as though an armistice is being hammered out, only most of us will make it. You don’t want to be one of the last ones shot.

So we will hunker down through Christmas, through the first 100 days of the new president’s administration, longer if that’s what it takes. For what sacrifice is it compared to the real sacrifices that people have made over the ages? You might think it an imposition, an abrogation of your rights and, if you argue it a certain way, I’ll grant you standing. You might have a right to be a jackass.

being. I’m not all that interested in arguing that you don’t, but you ought to be liable for any damage you do to anyone other than yourself. We’re never going to rid the world of selfish jackasses, but maybe we can mitigate the harm they do to innocents.

We ought to think more about our duties than we do about our rights. The whole point of being a grownup is realizing that the world does not care about our desires or our feelings, and that the best way forward is through kindness and cooperation. (Some disagree and advocate hitting people with sticks and taking what they want.)

In a civil society, most of us get what we need. And if we took better care of each other, more of us would.

Everyone needs a hobby, and just about everybody has one, whether it’s acknowledged as that or not. And far too many of us have decided to make politics our hobby.

It’s an easy habit to pick up, what with all the so-called news channels and the would-be intellectual mascots looking to sell you credit repair and commemorative silver ingots out there. They make it easy for some to imagine themselves as freedom fighters or patriots by doing whatever it is they want to do anyway, like own a cool-looking rifle or blame people who don’t look like them for all the troubles they’ve seen. By making them feel like they’re doing something important by cos-playing as John Rambo or copying memes to try to win friends and influence people on the Internet.

If only they’d find something really important to do. Something dutiful. Something that isn’t about their own wishes and egos. But it’s their right to live how they want and to say whatever they want to say on the cybernetic public spaces that Big Tech has created for them to use freely, if not for free.

We’re not in a war, no matter what heated rhetoric you hear. But we are in something real, something consequential that has hurt a lot of people and continues to cause damage. It isn’t war, but it may be the closest thing to it that many of us ever experience.

It’s a moment that requires us to do our duty.