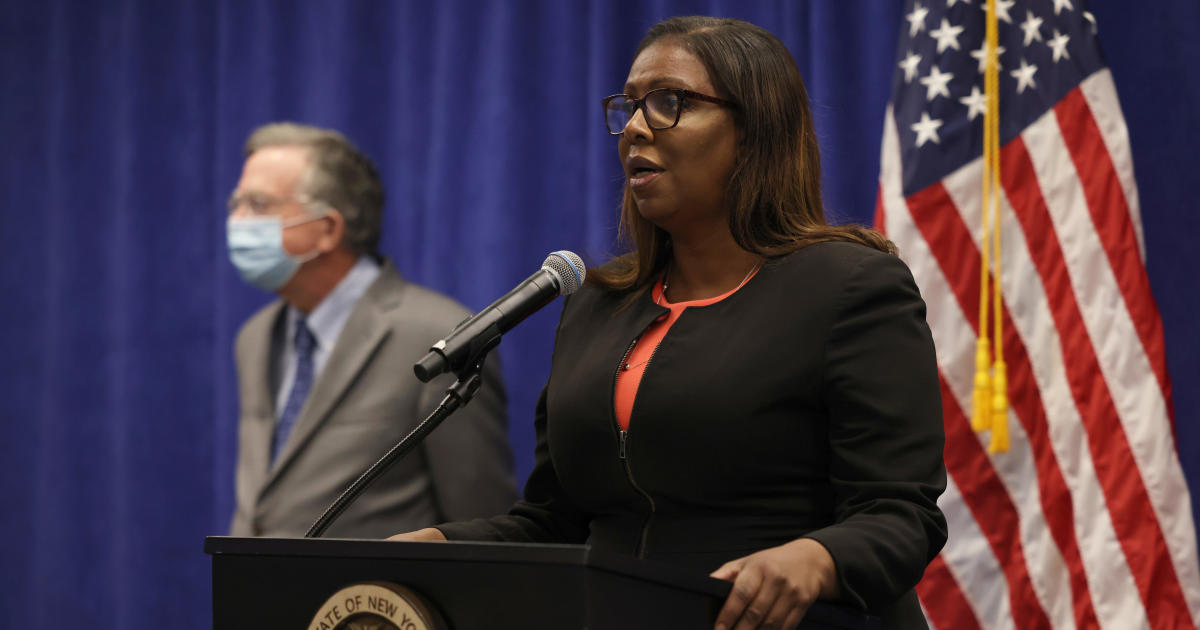 Those mysterious debt collectors who call insisting you’ll be in legal peril if you don’t pay them big bucks are in hot water themselves, accused in a nationwide crackdown of harassing and threatening consumers, often about debts that don’t actually exist.

The Federal Trade Commission on Tuesday highlighted enforcement actions filed in recent months against two South Carolina-based debt collection firms accused of bilking people out of a combined $17.2 million, as well as settlements with three other firms accused of using pressure tactics and other shady practices.

Ironically, the firms that agreed to financial settlements were unable to pay the full amounts.

While consumer complaints about debt collectors have dropped slightly since the start of the coronavirus pandemic in March, the commission’s consumer protection chief, Andrew Smith, anticipates that will change as collectors increasingly target people experiencing crisis-related financial hardship.

Of more than 85,000 debt collection complaints from consumers this year, the FTC said nearly half pertained to debts that didn’t exist or to abusive and threatening practices.

“Now would be about the time that this would start — that we would start to see consumer complaints associated with financial distress caused by the pandemic,” Smith said. “This might be debt collection complaints; it also might be complaints about various credit repair organizations or debt relief, mortgage relief and debt settlement.”

The commission, working with other federal agencies and authorities in 16 states, is also launching a campaign to give consumers tips on what to do when confronted with a debt collection call. It includes a tip sheet with potential red flags, such as a collector refusing to provide the name of his or her company, the amount of debt or the original creditor.

“Senior citizens, as I always say, they’ve earned the right to hang up and to be rude,” James said. “Most seniors are not rude, but when it comes to individuals engaging in illegal conduct, they should hang up and report the collector to the FTC immediately.”

James’ office was involved in two of the three settlements featured in the crackdown. Both companies based in the Buffalo area were permanently banned from the debt collection industry under agreements reached in December and February.

In the two pending cases in South Carolina, filed in July, authorities have obtained temporary restraining orders halting the companies’ operations, freezing their assets, and putting them under the control of a receiver.

National Landmark Logistics and Absolute Financial Services, both based in Fort Mill, South Carolina, are accused of using deceptive robocalls and trickery such as claiming to be from a mediation or law firm rather than a debt collector, threatening legal action and using a target’s personal information to make it seem as though the threats were real.

A lawyer for National Landmark declined to comment. A message seeking comment was left with a lawyer for Absolute Financial.

The 6 Best Credit Repair Companies of 2020

Increase your credit score during coronavirus by doing this 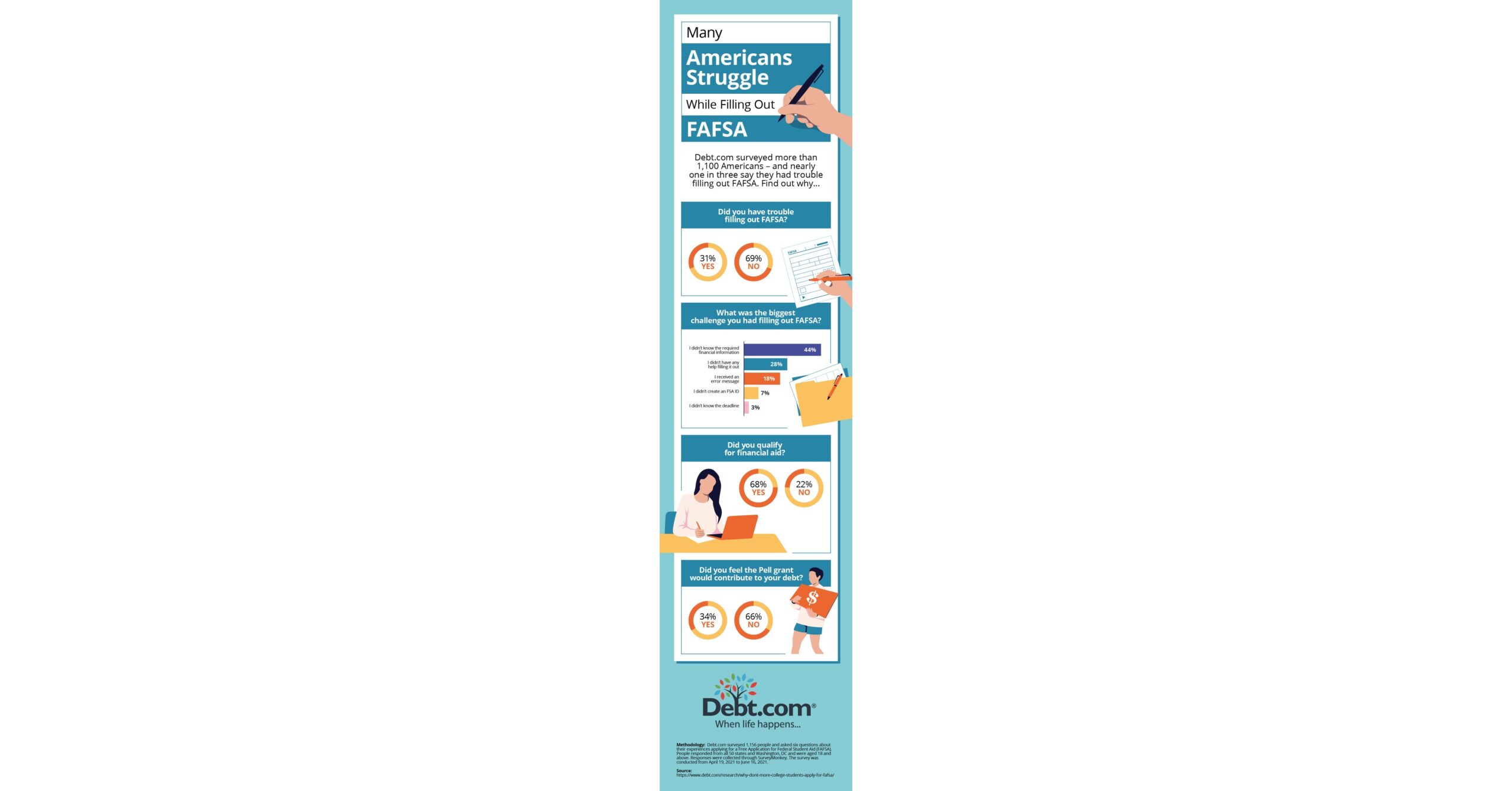 FORT LAUDERDALE, Fla., June 22, 2021 /PRNewswire/ — A new Debt.com survey reveals that almost one in three Americans who fill out the Free Application for Federal Student Aid (FAFSA) struggle doing so.

The majority of student loans are federal loans, which means filling out FAFSA is how most students can afford college. Debt.com chairman and CPA Howard Dvorkin says because FAFSA is so important, you should go into it prepared. With the FAFSA deadline on June 30, that should be sooner than later.

“FAFSA doesn’t just offer you loans, it offers you grants and other amounts you don’t have to pay back,” Dvorkin says. “If you go into it without all the information you need, you could be leaving free money on the table.”

Some of the other findings include:

One in three people struggling to fill out FAFSA is too many, Dvorkin says. “FAFSA is too important to leave until the last minute or not use any resources for help,” he says. “Fill it out early so you can identify the issues you’re having and solve them quickly. You might end up in even more debt if you don’t.”

ABOUT: Debt.com is the consumer website where people can find help with credit card debt, student loan debt, tax debt, credit repair, bankruptcy, and more. Debt.com works with vetted and certified providers that give the best advice and solutions for consumers ‘when life happens.’ With the American Rescue Plan Act, Nevadans have through August 15th, 2021 to enroll in or change their health plans in the Health Insurance Marketplace known as Nevada Health Link, because of the COVID-19 emergency. Nevadans shopping for a new plan should be aware that deceptive telemarketers and websites have been advertising discount medical and short-term plans falsely claiming that they are Affordable Care Act (ACA) compliant.

Entities are reaching out to consumers via robocalls, telemarketing, or through misleading websites that appear legitimate and may have similar names to legitimate insurance companies.

“When shopping for insurance, stick to the Nevada Health Link website as your first stop,” said Attorney General Aaron D. Ford. “These fake websites are intentionally confusing, leaving consumers who fall for them with unpaid medical bills.” “Limited health benefit plans serve a purpose but are not meant for long term use and have gaps in coverage because they are not designed to be comprehensive health insurance, whereas ACA compliant plans are,” explained Insurance Commissioner Barbara Richardson. “Be vigilant, understand the policy you are buying, and reach out to
the Division if you have questions.”

If you receive an unsolicited call from a health insurance company, do not provide any personal information over the phone. Consumers are encouraged to research the difference between limited benefit plans, ACA compliant plans and other types of plans by visiting http://insurance101.nv.gov/. The website also lists all of the companies in Nevada that are licensed to sell plans and tips on shopping for insurance.

As Nevadans start to emerge after a difficult year, many consumers may be looking for a fresh start on their credit. Credit repair companies offer the chance to get your credit back on track, but Nevadans should be aware that some of these companies may not be entirely legitimate. “If you are unhappy with your credit, you can take steps to repair it on your own,” said Attorney General Aaron D. Ford. “If you would prefer to pay someone to set up a
repayment plan for you, be on the lookout for misleading companies that may be trying to get your personal information.”

If you want to hire a credit repair company, the Attorney General’s Bureau of Consumer Protection offers the following tips for spotting a scam. Be alert if a company:
• Asks you to pay all fees up front before it does any work on your behalf. Some companies may charge a one-time fee ranging from $15-$200 to set up the account. However, no credit repair organization may charge a consumer any money before the service is fully performed;
• Instructs you to dispute information on your credit report that you know is accurate. With your legal consent, the company may challenge and clean up any inaccurate items with the three major credit bureaus or directly with the creditors. If a company tells you to say you have been the victim of identity theft when you have not, this is illegal;
• Promises to remove all negative information from your credit report. Credit repair takes time and not every negative item can be removed; and
• Doesn’t explain your legal rights when they tell you about their services. Legitimate credit repair companies should include a copy of the Consumer Credit File Rights. Additionally, you have the right to cancel any services without incurring any penalties within three business days.

Under the CARES Act, you can obtain an extension and a forbearance on some types of loans for up to 180 days. These protections are valid until June 30, 2021. Homeowners with federally backed loans may be able to apply for mortgage forbearance. Federal student loans are eligible for suspensions of payments and defaults, and interest rates are set to zero, until September 30, 2021.

If you have been victimized by any crime related to the COVID-19 pandemic, please file a complaint about your experience to the Attorney General’s Office and the National Center for Disaster (NCDF) hotline at 1-866-720-5721 or by e-mailing the NCFD at [email protected]

This brought to you by

Refinancing a Vehicle With a Cosigner 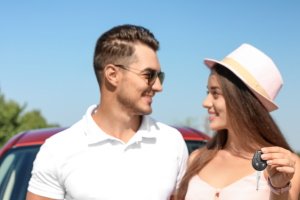 The good news is that you don’t need your cosigner’s permission to refinance your car. Things can get tricky if your credit score isn’t good enough to qualify for refinancing, though. We’re covering typical refinancing requirements you may need to meet, and how refinancing impacts your cosigner.

Can My Cosigner Stop Me From Refinancing?

Cosigners are useful for borrowers with poor credit. They can help you get into a car loan if your credit score isn’t good enough for an auto lender’s requirements. And, even better – the cosigner has no say in what you can or can’t do with your vehicle.

If you decide to refinance your vehicle or sell the car, you can do either without needing your cosigner’s permission. They have no rights to the vehicle since their name isn’t listed on the title. You don’t need to bring them to meet the refinancing lender when you apply for refinancing, either.

Refinancing is when you replace an auto loan on the same vehicle. The refinancing lender pays off the original loan, and once that’s paid off, your cosigner no longer has any obligation to the loan because it’s completed!

The only issue you may run into refinancing a car that you needed a cosigner to originally qualify for, is qualifying for refinancing by yourself.

Borrowers typically need a cosigner when their credit score isn’t great. A cosigner lends you their good credit score to meet the loan qualifications. Just like auto financing, refinancing typically comes with requirements.

Here are some typical refinancing requirements:

Lenders may only consider you for refinancing if your credit situation has improved since the start of your auto loan. Recent, serious delinquencies can get in the way of refinancing, but if your credit score has been on the rise, the odds may be in your favor.

If you’ve been maintaining a good payment history on your car loan and keeping up with the rest of your bills, you may have a higher credit score now. Installment loans such as car loans can be great avenues for credit repair if you make all the payments on time.

Lender requirements vary, of course, but those are pretty common. If you’re feeling confident in your ability to qualify for refinancing, then check with our trusted partner for more information.

Refinancing Not an Option?

If you’ve missed a few payments on your car loan or your credit score still isn’t great, then you may struggle to qualify for refinancing. If your goal with refinancing was to remove the cosigner, selling the vehicle can accomplish this, too.

Remember that cosigners can’t stop you from selling the car (although it may be more polite to tell them if you do!). If you manage to sell the vehicle and completely pay off the lender, then you and the cosigner are both off the hook. But, if you need another car after the sale and you want to go it alone, pursuing a subprime auto loan may be for you.

Subprime car loans are for borrowers with less than perfect credit. Many borrowers with bad credit are eligible for vehicle financing without the help of a cosigner if they can meet the requirements. Finding a subprime auto loan can be tough if you don’t know where to look, but we want to help with that!

Here at Auto Credit Express, we’ve created a coast-to-coast network of special finance dealerships that are signed up with subprime lenders. Once you complete our auto loan request form, we’ll look for a dealer in your local area for free with no obligation. Get started on your path to a car loan today!