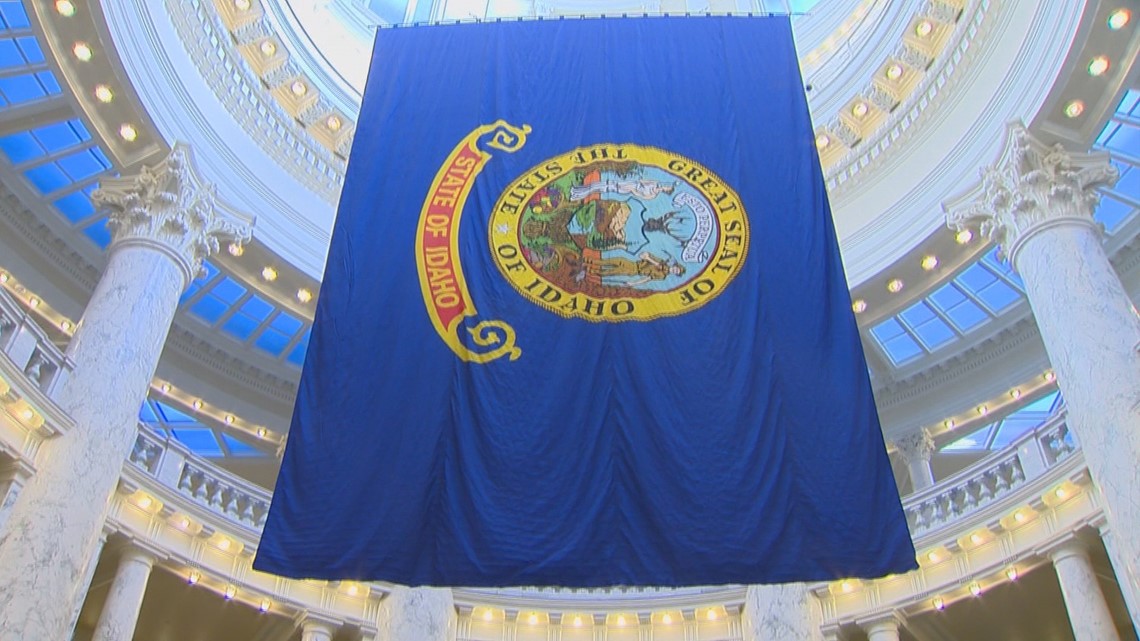 When it comes to Sen. Martin’s constituents’ problems, he said not one brought up transgender students in high school as one of their concerns.

He sent out surveys to his constituents to see what their top issues were. They returned postcards, pointing to property taxes, education, transportation and the sales tax on groceries.

Martin, R-Boise, is the chairman of the Senate Health & Welfare Committee. “I’ve been dealing with this issue for a year and a half,” he said, ever since he was appointed to the chairmanship.

Among his first experiences as chairman, he said, was hearing from the then-director of the Idaho Department of Health & Welfare, Russ Barron, that “he is under court order to comply with the judge’s ruling,” requiring Idaho to allow transgender Idahoans to change the gender markers on their birth certificates to match their gender identity.

Barron didn’t want lawmakers to do something that would send him and other H&W employees to prison, Martin said.

Martin, a faithful adherent of the Church of Jesus Christ of Latter-day Saints, didn’t like the idea of Idaho just letting anyone, including minors, change that gender marker at will, as long as they’ve got parental permission. That’s the current law in Idaho, after the court case.

“I believe that there needs to be an additional step for minors that they’ve got to go through, to think about what they’re doing,” Martin said, adding, “I’ve worked on the suicide prevention board for eight years now. … These adolescents that are not feeling fully a part of society, for one reason or another,” are at increased risk of suicide, he said. “Definitely those that are questioning their sexuality have a greater potential for suicide. This is to get them in to a medical professional.”

Martin worked with other lawmakers and H&W to craft a rule that would allow the changes, but add a requirement for a medical attestation for minors. That was in effect for about a year, but then the state Board of Health & Welfare discovered that its procedure for adopting that rule was flawed, so the state returned to the status quo: Minors can change their gender marker with parental permission; adults may do so without restriction.

“The status quo is not acceptable to me,” said Martin, who acknowledged that his religious views play into his attitudes on the issue. “Your sex is your sex — to me, that doesn’t really change.”

“I would prefer, in an ideal world, to go back to what we were doing before,” he said, when Idaho didn’t allow such birth certificate changes at all. But he acknowledged, “We don’t live in that world.” The courts have found otherwise.

With House-passed legislation, HB 509, pending in the Senate to directly defy the court order and again forbid birth certificate changes that allow Idahoans to have birth certificates with gender markers that match their gender identity, Martin last week introduced legislation to impose the minors-medical-attestation rule as the new state law.

“This is to try to move back a tiny bit from that, and give some of us a better feeling as to what should be done,” he said.

Martin said he didn’t mean his bill to be interpreted as a slap at HB 509, but when he left the committee meeting where he introduced the bill, HB 509’s sponsor, Rep. Julianne Young, R-Blackfoot, was waiting in the hallway to scold him. He brushed her off.

“Whether or not 509 is passed or not, we still need my bill,” he said. HB 509 would almost certainly be stayed and a court fight would ensue, Martin said; in the meantime, his bill could serve as a “backstop.”


Martin said he liked the administrative rule that was briefly in effect. “It was working,” he said, as the numbers of minors changing their birth certificate markers declined.

Idaho’s seen three bills regarding transgender Idahoans introduced thus far this session, all drawing major opposition and criticism for constitutionally questionable provisions. One, criminalizing medical treatment for transgender youth, died in committee. Two others, HB 509 and HB 500, which seeks to forbid transgender girls or women from playing on women’s teams in high school or college sports, is pending in the Senate; a hearing on HB 500 continues Monday morning in a Senate committee.

Martin feels angst over those proposals. “Some of these bills are just hateful, in my opinion,” he said, “and are not needed.”

On Thursday, well into her second year in office, Idaho Lt. Gov. Janice McGeachin got her first chance to break a tie in the Idaho Senate. McGeachin voted “no” on HB 399, a fairly obscure bill proposed by the Idaho Department of Finance that had drawn a 16-16 tied vote. McGeachin’s vote killed the House-passed bill.

The bill proposed to allow collection agencies to collect incidental charges incurred in the contract between the creditor and the debtor, while also reducing some licensing and reporting requirements for collection agents, debt counselors, credit counselors and credit repair entities. It was estimated to result in a $250,000 a year loss to the state due to the decrease in reporting requirements and associated fees.

McGeachin declined an interview request about her tie-breaking vote. HB 399 passed the House, 42-27, on Feb. 14.

Betsy Z. Russell is the Boise bureau chief and state capitol reporter for the Idaho Press and Adams Publishing Group. Follow her on Twitter at @BetsyZRussell.

More from our partners at the Idaho Press: What does the Latino vote look like in Idaho?

See all of our latest political coverage in our YouTube playlist: 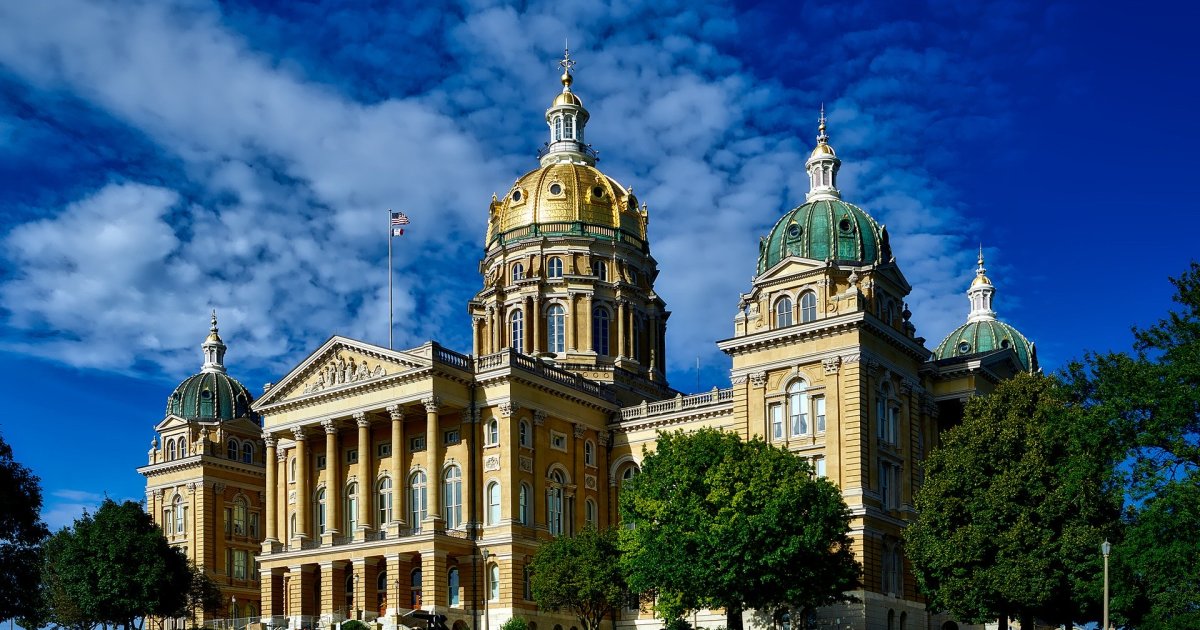 Governor Reynolds today announced that a total of nearly $9 million in assistance is available to eligible low-income Iowans who are at imminent risk of eviction and individuals who have lost housing to quickly regain housing stability. The funding will also provide support for homeless shelter operations. The funds are made available through a supplemental appropriation to the Emergency Solutions Grant program through the federal CARES Act.

“Throughout the pandemic, our focus has always been on protecting the lives and livelihoods of Iowans,” said Gov. Reynolds. “The funds announced today will assist those at risk of eviction while also providing support to homeless shelters supporting Iowa’s homeless population at this critical time. I appreciate the continued collaboration with our federal partners in support of the state’s pandemic response.”

“Providing housing assistance for Iowans in need remains a top priority,” said Iowa Finance Authority Executive Director, Debi Durham. “The ability for Iowans to thrive and prosper begins with a safe, stable place to call home and the program announced today will be essential in helping Iowans get back on their feet.”

The Emergency Solutions Grant program will help to prevent households from becoming homeless due to eviction, assist Iowans who have lost their home to eviction to regain rental housing as well as provide homeless shelters with financial support to assist with operations and outreach as they work to serve Iowans in need and mitigate the spread of COVID-19.

Individuals in need of assistance must apply through the Coordinated Entry helpline in their area, which is available along with additional eligibility and program information at iowahousingrecovery.com.

Thirty-five agencies were awarded a total of $8.8 million in Emergency Solutions Grant Program funds. The full list of awards is available here. The assistance will remain available until all funds are exhausted or September 30, 2022.

The Emergency Solutions Grant program is administered by the U.S. Department of Housing and Urban Development and the Iowa Finance Authority in partnership with participating Iowa service agencies.

PHOENIX, Dec. 3, 2020 /PRNewswire/ — Dovly, the credit repair engine that tracks, manages, and fixes your credit, today announced the appointment of Todd Davis, co-founder and former chief executive officer (CEO) of identity protection leader LifeLock, to its board of advisors.

“Todd is one of the most innovative marketers and business leaders in the personal finance industry,” said Nirit Rubenstein, CEO and co-founder of Dovly. “His unique understanding of consumer mindsets and financial technology enabled him to create and scale a transformational business. His insights will help us take Dovly to the next level.”

“Millions of Americans have at least one serious mistake on their credit reports,” Todd Davis, co-founder and former CEO of LifeLock, explained, “yet far too many of those people aren’t even aware of it, nor do they understand the impact these mistakes have on credit scores. Dovly is a game changer.”

After launching his career with Dell in the early 1990s, Davis co-founded LifeLock in 2005. Five years later, the company ranked eighth on Inc. Magazine’s list of the 500 fastest growing companies in America, and in 2012, the company went public. By 2014, LifeLock had over three million subscribers and 700 employees. Symantec acquired the company in February 2017 for $2.3 billion. Davis now serves as chairman of the board of Kadenwood and Aesthetics Biomedical.

Dovly also welcomed Jacky Chiu, the former vice president of product of LifeLock, to its advisory board. Chiu is the co-founder and chief technology officer of Brightside, a financial technology company that recently secured a $35 million series A funding round led by Andreessen Horowitz.

Dovly is an advanced credit repair engine that tracks, manages, and fixes your credit. Dovly’s fully automated technology enables customers to get ahead financially by leveraging credit intelligence to repair credit scores. The company is headquartered in Phoenix, Arizona, and has increased its customer base by 160% this year alone. In June of 2020, Dovly raised a $2.25 million round of seed funding led by NFX, with participation from 1984 Ventures. 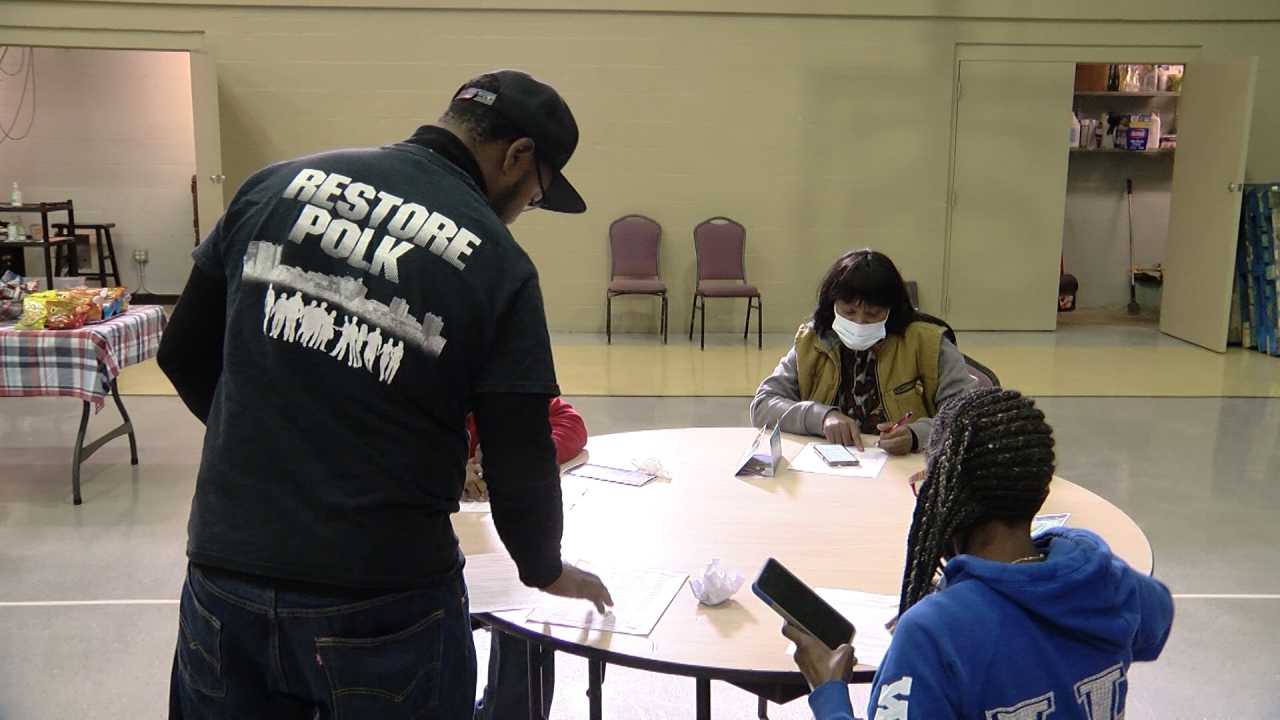 LAKELAND, Fla. (WFLA) – Black Lives Matter organizers in Polk County are putting together a database to help lead people on the path to economic opportunity.

“I do a lot of things. General contracting, general clean up,” Tony Jones, of Lakeland, told a local recruiter.

Jones is a veteran looking for a job. He served four years in the U.S. Army.

He wants to work, just needs an opportunity.

“You can’t pay no bills and eat if you’re sitting at home waiting for somebody to hand you something. You gotta get out and get it,” he said.

Jones came to the Dream Center in Lakeland to try to take those steps at a job fair organized by Black Lives Matter Restoration Polk Inc.

Black Lives Matter advocates protested to end police brutality this summer in Lakeland and all across the world with the ultimate goal of social justice.

“We’re going to be working on the personal growth of the individual. We’re going to be helping them on everything from the mentoring program, credit repair programs, teaching them money management,” he said.

BLM partnered with Civitas Recruiting for the event.

“Nothing’s gonna be fixed overnight or taken care of. I think we just need to all strive together, make positive steps. That’s all you can do,” Jones said.