Credit card debt in the United States has plummeted since the COVID-19 crisis started, according to the most recent data from the Federal Reserve. The decline may seem counterintuitive given the pandemic’s effect on the economy.

According to the Fed’s latest Consumer Credit report, the amount of revolving consumer debt, which is primarily made up of credit cards, fell below $1 trillion in May 2020 for the first time since May 2011 during the Great Recession. Notably, it also marks the third straight month of decline.

With the domestic unemployment rate stuck in the double-digits and the gross domestic product (GDP), one of the most widely accepted indicators of the nation’s overall economic health, down approximately 5% in the first quarter of 2020 with further declines likely to be reported in Q2, you might expect that people would be relying on their credit cards more than ever.

However, experts say the debt drop is exactly what they expected. Here’s why:

We Are Choosing to Spend Less

“If you look at the Great Recession, this is what happened then,” says Brian Riley, director of credit advisory services at Mercator Advisory Group, a payments research and consulting firm, who says a change in spending patterns is only one of the drivers behind the falling numbers. “Consumers know they have issues and they are unemployed, there’s a lot of self-governance and general spending is down.”

At the same time, the BEA found that the U.S. personal savings rate was nearly twice as much in May (23.2%) as it was in March (12.6%), suggesting that many consumers are taking a cautious approach to using their money.

“Given the relatively long runway we had regarding COVID-19—meaning we all were told for weeks that we may have to shut things down and people may lose their jobs or have their hours reduced—a smart reduction in non-essential credit card spending also probably contributed to the reduction in balances,” says John Ulzheimer, a nationally recognized credit expert and former FICO and Equifax employee.

We Have Fewer Ways to Spend

Beyond proactive budgeting, consumers also simply have fewer options to spend their available income right now, likely contributing to the decline. According to a U.S. Census Bureau’s Advance Estimates of U.S. Retail and Food Services report, total sales for the period from March 2020 through May 2020, the most recent data available, were down 10.5% from the same period a year ago.

“Before the pandemic, the federal government estimated each American household spent more than $3,000 a year on dining out. With this pandemic-fueled economic uncertainty, it’s a sure bet we’re all spending less on anything that’s not absolutely necessary,” says Howard Dvorkin, CPA and chairman of Debt.com, a credit repair and debt management site.

More than 54% of Americans say they are cooking at home more since the COVID-19 crisis, with 58% of those saying that saving money was the main motivation, according to an April 2020 survey by Hunter, a food and beverage marketing communications firm.

The drop is not only fueled by dining at home. Travel has taken a freefall with domestic travel spending forecast to drop 40% from $972 billion in 2019 to $583 billion in 2020, according to a U.S. Travel Association report.

Many venues, from malls to theaters to bowling alleys have put their businesses on pause in recent months or shut down entirely, reducing the number of ways to pass the time outside of the house.

For example, a June 2020 Economic Impact Report by restaurant peer review site Yelp found that 53% of restaurants that had closed since March 1 have since indicated permanent closures on their Yelp pages.

If you’re unemployed and having trouble paying your bills, that also extends to your credit card debt. Issuers are getting hit with a double-dose of revenue-reducing circumstances, with some banks extending relief to customers such as pausing payments, reducing or forgiving late fees and eliminating interest charges. In some cases, entire chunks of a credit card’s balance might be forgiven.

Although these goodwill gestures in the face of the pandemic ultimately can cut down on profits, they’re generally intended to stave off the biggest loss of all, which is when a customer defaults entirely on their credit card balance. When this happens, it’s considered a charge-off, meaning a bank has given up on trying to collect on the debt.  If your account is closed, it no longer counts as outstanding revolving debt.

“Credit card issuers are surely charging off more during this pandemic than they did beforehand,” says Dvorkin. “There’s no way it’s the only explanation for a $100 billion drop in debt.

Some issuers are also lowering credit limits for existing customers, which also can have an impact on the amount of reported consumer debt.

Although the staggering drop in revolving consumer debt is significant, it’s likely due to a combination of pandemic-related factors: A significant change in consumer spending habits where people are earning less, spending less and saving more. Credit card companies are reducing their exposure by both writing off debts and tightening their lending standards. 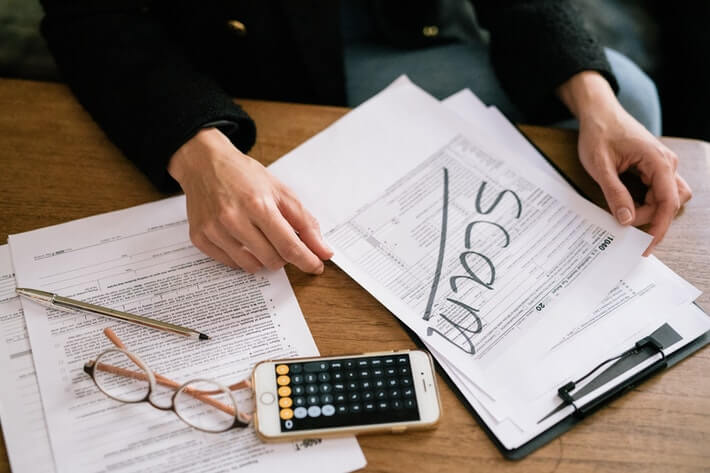 The increase in the number of reported identity theft cases is linked to the pandemic, as the majority of the reported cases concern unemployment benefits. The number of such cases in Kansas was higher than any other state: Over 38,000 Kansans had their identity stolen to submit fraudulent unemployment claims.

According to Amber Shultz, the acting secretary of the Kansas Department of Labor, these false unemployment claims exploded in numbers at the beginning of July – more than 35% of the applications were found to be fraudulent.

The department also stated that the trend was visible across the US and tried to combat it by implementing a three-day hold on claims and verifying each claim before approving it. However, with the number of claims exceeding 1 million, discerning which were legitimate was a challenging task. According to Attorney General Derek Schmidt, this has unfortunately caused a loss of millions of taxpayers’ money.

As the pandemic continues, identity theft is expected to remain a threat, so it is crucial to have some preventive measures set in place, from shredding important papers to setting stronger passwords on personal accounts. Relying on identity theft protection services is another good idea, as these can monitor the web for a specific set of data and keep individuals safe online.

However, for those who fear that their identity has been compromised, the recommended route is to inform the Federal Trade Commission and then place a fraud alert with any of the three credit bureaus. Informing financial institutions should be the next step. If repairing the identity theft damage is too time-consuming, there is the option of hiring one of the credit repair companies to handle the task. 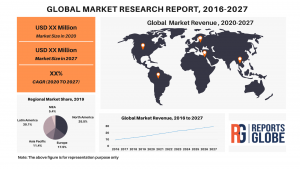 Based on the Region:

Request a Discount on the report @ https://reportsglobe.com/ask-for-discount/?rid=27756

Key Benefits of the Report:

Some Points from TOC

Chapter 10 Middle East and Africa by Country, Type, and Application

Request customization of the report @ https://reportsglobe.com/need-customization/?rid=27756

Customization of the Report:

Please contact us if you would like more information about the report. If you have any special requirements and would like customization, please let us know. We will then offer the report as you wish.

How Reports Globe is different than other Market Research Providers:

The inception of Reports Globe has been backed by providing clients with a holistic view of market conditions and future possibilities/opportunities to reap maximum profits out of their businesses and assist in decision making. Our team of in-house analysts and consultants works tirelessly to understand your needs and suggest the best possible solutions to fulfill your research requirements.

Our team at Reports Globe follows a rigorous process of data validation, which allows us to publish reports from publishers with minimum or no deviations. Reports Globe collects, segregates, and publishes more than 500 reports annually that cater to products and services across numerous domains.

Dustin Aab on the power of working hard to achieve success 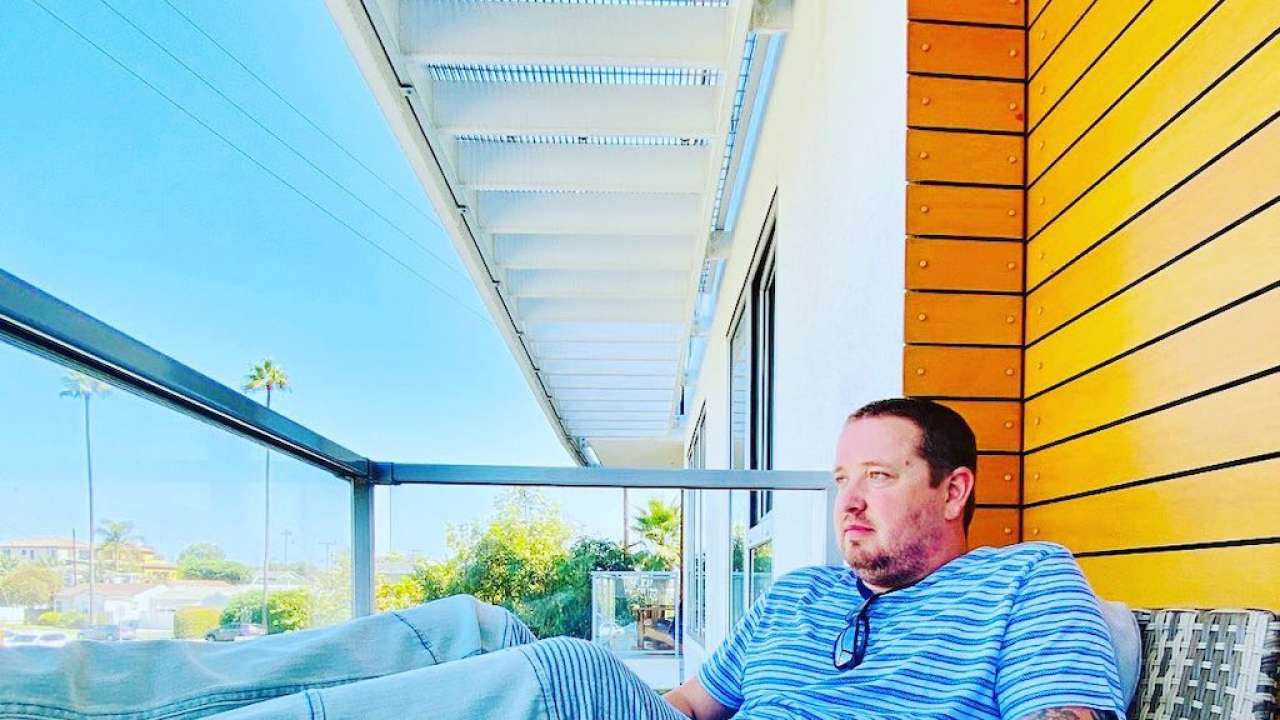 The more closely we look around us, the more we get nearer to reality where so many individuals work with a certain grit, commitment and dedication to achieve what their hearts desire.

These individuals are the ones that not only work to attain their set goals in their career but also help others in their journeys. Talking about the sales and consulting business, which is growing each passing day across nations as professionals from various industries aim to get nearer their visions and aspirations in business, we can notice the boom in this niche; thanks to professional entrepreneurs like Dustin Aab.

Based out of California, Dustin Aab is a leading American entrepreneur, who excels in sales and consulting and has been shaping the careers of hundreds of people through his astute skills and knowledge as a true professional in the industry. It was seven years ago that Dustin Aab had started his career in the sales arena and from the past six years owns his sales company, under which he is working with the mission to turn the desires and dreams of professionals into reality through his mentorship and coaching in sales.

Dustin Aab’s sales and consulting business is all about providing the best of the industry products and services that help individuals change their financial status and situation. His life has been full of challenges, but Dustin Aab very early had realized the power of working hard and putting in every possible effort to make a successful career; hence, after working so hard for years, he has been able to create the financial freedom he wanted by becoming an entrepreneur. He hopes to change as many lives as he can in his career and take people nearer to their definition of success. He does sales mentorship and consulting for not just individuals, but companies as well.

Some of the specific services he offers through his company include Real estate, amazon automation, sales training mentorship, credit repair, Instagram growth and branding, life insurance and solar.