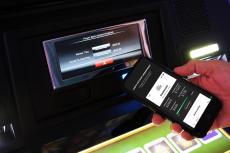 Gaining credit at Las Vegas casinos has been around as long as the Strip. But as technology changes, so do the way in which gamblers borrow money from the house.

Ellis Island casino — with the help of gaming tech companies — came up with a way for its players to establish a line of credit at its slot machines and tables. And all a player needs is the casino’s loyalty player card.

Gary Ellis owns Ellis Island and he’s the creator of the Marker Trax technology. He explained that players simply need to go online or to a designated kiosk or download an app. From there, they apply for casino credit – otherwise known as a casino marker – when they’re approved they can download that credit and use it at the machine.

The process is different from the current process where those seeking a marker go to the cage or the casino host, he said. It can take days or weeks to get the marker approved.

“You have a host or casino management that determines a line of credit,” Ellis explained, “Then the casino is allowed to issue that credit, allow that credit and let that player play.”

That system of markers has been around since gambling began, and it was mostly used for table games. Ellis said now that the majority of gambling is done on slot machines. They started the first trial there.

In the past, the casino host or manager likely knew the customer and knew if he or she was good for the credit. Ellis said this is a better way of doing business.

“It does a soft pull on credit so that you better know if a person were to have a problem, have credit history problems and that is certainly not who we are catering to,” he said.

It’s been well-received by both the gaming industry and players, especially in the era of COVID-19. But it does raise the question: Does its convenience make it easier for gamblers to go deep into debt?

Alan Feldman is a distinguished fellow in responsible gaming at UNLV. He said while some people may think the new technology would make it easier for people with a gambling problem to fall further into debt. He believes it will actually help.

Feldman said, in the past, decisions about credit were made on scant information, but Marker Trax, and other new technologies that casinos and state gaming regulators are now using, changes that.

Ellis said he and his tech partners consulted with Feldman while creating the new system to make sure it wouldn’t make things worse for problem gamblers. People who have a gambling addiction is not the audience he wants to target.

“This is designed for people who enjoy gaming and don’t get hurt by gaming,” he said, “Gaming is fun.”

Ellis also pointed out that if someone is approved for a $500 line of credit the player always gets to choose how much they will actually use. He or she can set a limit of $250 dollars, not the entire $500.

Casinos don’t reveal how much they issue in credit. But according to the Nevada Gaming Control Board’s Abstract Reports, in 2000, Strip casinos wrote off some $230 million in bad debt. It fell to $178 million in 2009. And between 2017 and 2018, it dropped into the tens of millions.

Gaming historian and UNLV professor David Schwartz looked at the bad debt issue a number of years ago, using the industry rule of thumb of about 15 percent of total gaming revenue would come from credit.

“It looked like casinos might be doing a better job at not taking on bad debts than mainstream institutions like banks and credit card companies,” he said, “I think any time you have that much money there are going to be some bad credit decisions. There is going to be some bad debt.”

He said historically about 1 to 2 percent of gaming revenue is bad debt.

Players don’t get a credit line because they’ve run out of money. Schwartz said many players use it because they don’t want to walk around with a lot of cash in hand.

Overall, fewer people carry cash anyway Instead, they’re using digital wallets and other cashless methods to pay for things. Feldman said there is a tremendous shift and casinos will have to respond.

Feldman said his colleagues at UNLV have launched a collaborative research project to look at how the move from cash is going to impact casinos, and the policies that will be needed to address that shift.

As for Marker Trax, Ellis said the six-month field trial required by Nevada gaming regulators is done, and one of the systems they were working with, Konami’s SYNKROS has been approved is now out of the field testing stage.

Customers can borrow $1,000 to $20,000. That minimum loan amount of $1,000 is unusual in the personal loan industry. A low minimum threshold means you can get the cash you need to cover small emergencies without being tied down to a larger loan.

You have between 6 and 60 months to repay the loan. There are pros and cons to longer repayment terms, so this flexibility allows you to customize your term to your situation.. With PNC, you have the option of designing a repayment plan that fits your monthly budget.

Whether you need a joint applicant’s high credit score to qualify for a lower loan interest rate or someone has decided to co-assume responsibility for a personal loan, PNC allows for joint applicants.

What could be improved

The first thing you will be asked is where you live. On its loan homepage, PNC states that “PNC product and feature availability varies by location.” While this may be good news for borrowers in some areas of the country, it could be bad for others. You’ll need to see what it means for you. 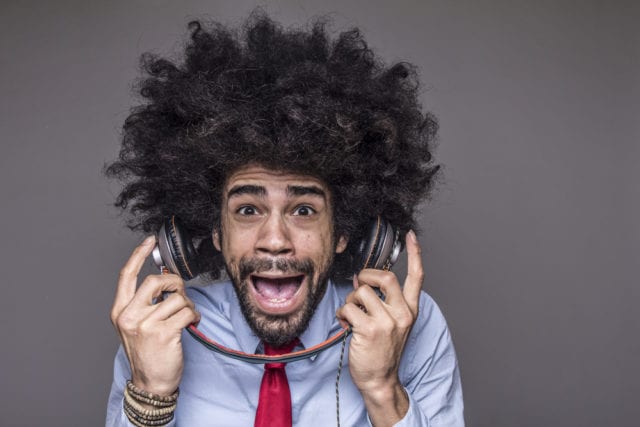 With the right kind of credit card refinancing loan, you can possibly save hundreds and even thousands of dollars on interest expenses this way. Of course, you will have to be punctual with your monthly repayments. If the terms and conditions of your credit card refinancing loan are favorable then you may very well embark on the road to financial freedom and get there before you know it.

Is There Any Difference Between Credit Card Refinancing and Debt Consolidation?

From the aforementioned discourse, you may have realized that credit card refinancing is very similar to debt consolidation and that indeed is the case. Both are about settling all debts with one favorable loan so that you can focus on this loan only and enjoy its lenient terms and conditions to rebuild your credit score and gradually work your way towards debt freedom.

Provided the terms and conditions of your credit card refinancing loans are suitable, this financial option represents a viable route for managing and paying off your outstanding liabilities in a better way.

Why Credit Card Refinancing loan May be Better

The zero APR period may look tempting but it still may not be long enough to pay off your entire credit card debt. And that is unfortunate because once the zero APR limit expires then you will have to pay very high interest and you may even incur penalties. Then there is the question of balance transfer fees that can offset the advantages of the zero APR time frame.

Then there is the danger of spending with the balance transfer credit card. The inability to control spending and use of credit cards is the very reason why people fall into credit card debt traps in the first place. This possibility is very much open and present with balance transfer cards. Instead of helping you, they may worsen your debt situation since they too are credit cards that are all too easy to misuse. What’s worse, they have exorbitant interest rates.

Such a scenario cannot transpire with a credit card refinancing loan since it is not a credit line – this loan immediately goes towards paying off your credit card balances due to which there is no peril of misuse. Instead of getting another credit card in the shape of a balance transfer card it is much safer to freeze all of your cards and repay your debts.

If you do your research on credit card refinancing then you might find that some people also include balance transfer credit cards under this heading. But due to the drawbacks mentioned above, you should try to steer clear of balance credit cards and instead take out a personal loan for the sole purpose of repaying your credit card debts.

The prime advantage of credit card refinancing is that they can provide you with a low interest rate if you have a good enough credit score.

How to Make Credit Card Refinancing a Success

While credit card refinancing provides good terms and conditions, it is not a magic elixir that will cure all of your financial woes.

To make your credit card refinancing a success, you will have to follow some good money habits and exercise discipline at the same time.

You should try to find extra sources of income. You can think about working overtime at your job if that is possible. If not, you can opt for freelancing gigs and projects. Even if you earn a few hundred dollars through this route each month, it will prove to be of great assistance in helping you become debt-free more quickly.

You should also think up ways of saving on expenses. A major reason why consumers incur enormous debts is that they do not track their spending. This is a habit that you must remedy forthwith if you wish to get out of your financial predicament quickly. No matter how little your expense, make sure you record it somewhere secure. You can utilize apps to record your transactions. Thus, you will know the areas on which your spending is inordinate. You will also be able to compare your spending with your planned budget.

You should get in touch with your financial advisor to find out whether credit card refinancing is right for you. 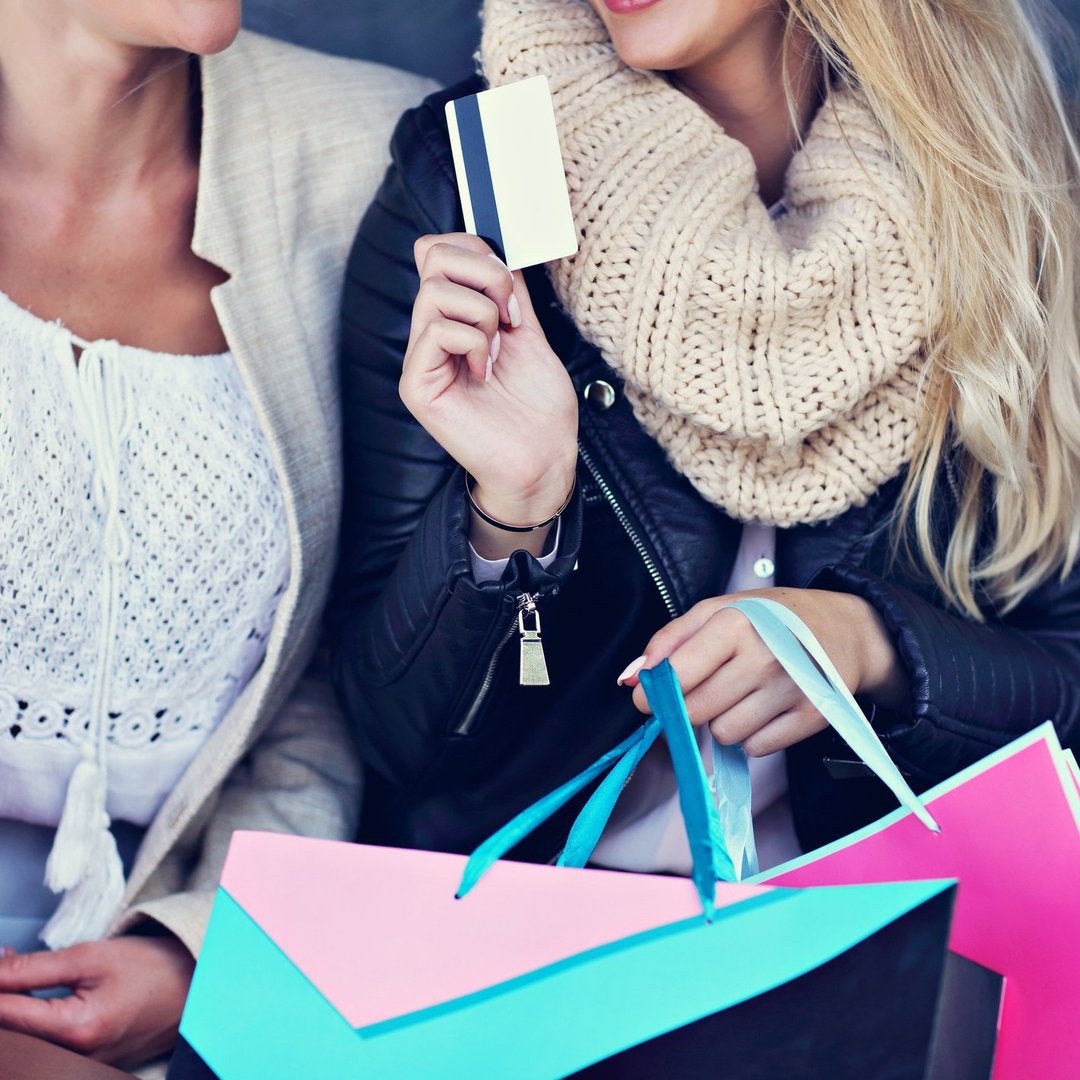 Having friends has its perks, especially if that friend lets you be an authorized user on their credit card.

What is an authorized user?

Can anyone be added as an authorized user?

Most credit card issuers have age requirements in place for authorized users. Other than that, there aren’t restrictions.

The pros of being an authorized user

Being an authorized user on a credit card has its advantages:

The cons of being an authorized user

Here’s what you need to look out for:

Being added as an authorized user may be a good option for you. But, you need to be well aware of the positives and negatives. Talk with someone you trust about this opportunity and outline expectations and rules. Then you can both decide if it’s the right move to make.