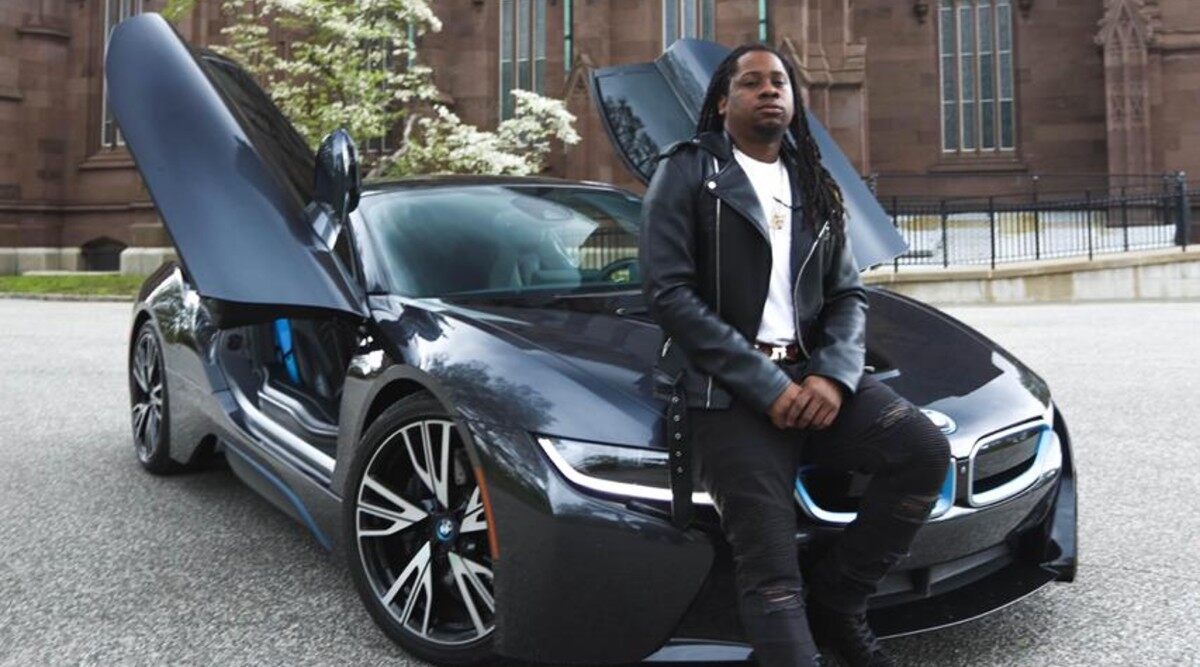 List of entrepreneurs has increased from the past decade. In the age of the internet, social media technology, people are now becoming more confident and trying to sell their ideas and hit the road to success.

Alec Martinou our own Astyle Aliver.

Entrepreneurs show their qualities from a young age. We spotted one Jamaican born living in America, making his name count in the top list of entrepreneurs with his skills and hard work. We are talking about Alec Martin, better known as Astyle Alive. Man with multi-talent born to inspire generation Y with his business skills.

Alec Martin is an exciting entrepreneur; you might be saying how exciting this young businessman started his own business straight out of High School doing media promotion and marketing for club venues.

While he was doing marketing and all, he used his skills in designing clothes like stylish T-shirts, sweaters, hoodies.

It worked for him as he was able to sell his designed clothes to top influencers such as the Late hip hop icon Chinx Drugz, NBA superstar JR. Smith, and many others in his apparel.

Alec Martin entrepreneur at the age of 18:

In 2013 he went one step ahead and started branding himself as Astyle Alive, which helped him reach the place where he is now. At the age of 18, he was already an entrepreneur.

Inspired by his Father:

Alec is inspired by his father, who is a Dentist by profession and businessman having his hands in agriculture, real estate and more. He states his father “taught him things that have carved him into the successful person he is today.

Alec Martin is a risk-taker, and his quality comes from his inspiration- Dad. In 2017, Alec launched One Umbrella Enterprise, a real estate development and construction company. His business focuses on buying houses, fixing them up and reselling them known as fix & flip.

Alec is planning to invest in sectors like Health & Wellness, known as Tranquil Store – CBD (Cannabidiol) Company launching in June of 2020. He is a risk-taker, and Alec believes A person who tries comes in the list of top entrepreneurs.

We believe our brains are idea machines, and people like Alec Martin, go ahead to make these ideas big. One of the most regular criticisms of the people who bloom late and succeed in the later ages of their lives is that they weren’t brave enough to sell their ideas.

We believe in business there is nothing like an early or late age is just a number what matters is proper idea and execution. 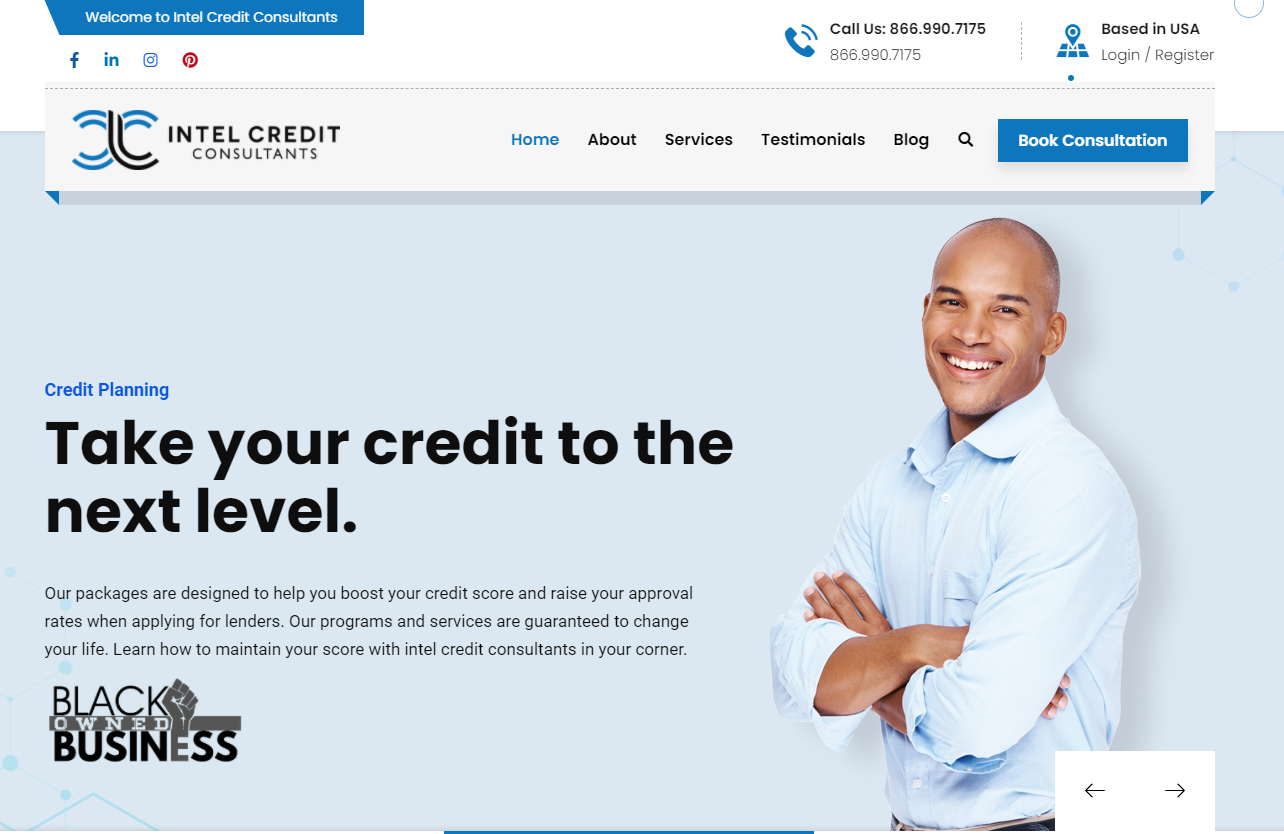 At a time when the number of people with negative credit listing has increased, Intel Credit Consultants is coming to the aid of the credit distressed individuals and business through offering free credit repair consultation.

With the rate of credit default reaching new levels, a credit repair company is offering individuals and business a free consultation. While announcing this credit repair assistance, the lead consultant at Intel Credit Consultants said this is meant to help individuals and businesses make informed credit decisions. “We are aware of the situation  occasioned by the pandemic and we would like people as well as businesses to come out strong , remove their negative information and improve their chances of getting credit to finance their activities,” said the company representative while urging those in need of credit repair services to register for free consultation.

Intel Credit Consultants relies in a pool of experienced credit repair professionals to help its clients. The team is reputed for its experience and high skills as well as dedication to provide assistance quickly and effectively. The company representative says that the team goes out of the way to ensure customer satisfaction and delivering the desired results.  He observes that the free consultation is a step towards providing a path that will streamline a customer credit path and open avenues where they can live comfortably without being bogged down by issues of negative listing.

“The importance of credit repair cannot be overemphasized, it can open many doors for you especially if you are considering buying a house, a new car, furnish your house, taking a loan among other financial decision. We are providing assistance that will help improve your credit score,” said the lead consultant while adding that they are a reputable firm, a choice of many people looking to repair their credit fast and at affordable rates.

While explaining how they operate, the company spokesperson said the first step is becoming a member through signing up. The new member is supposed to choose a plan where they analyze the available options. The credit repair company has a variety of programs that a member can choose from. Once a customer provides all the necessary information and documents, the company representative says they can now sit and see the progress. “On average our clients see an 85 point increase in their credit score in a period of one month,” said the representative while adding that they have received numerous testimonials from customers who are happy with their services. “We are happy to hear positive feedback from our customers, we are pleased to learn that we made a difference in their lives, providing an avenue where they can improve their financial standing. This is who we are, a credit repair company that makes a difference in people’s lives,” said the representative while reacting on the positive testimonial from the customers.

Intel Credit Consultants promises to continue offering credit repair assistance, encouraging those who are looking for services to take advantage of their free consultation through booking an appointment through their website: https://intelcreditconsultants.com/

Intel Credit Consultants is a US based black owned credit Repair Company. The company that puts its clients needs first making sure they are educated and well informed on every credit decision.

Give yourself some credit (reports) 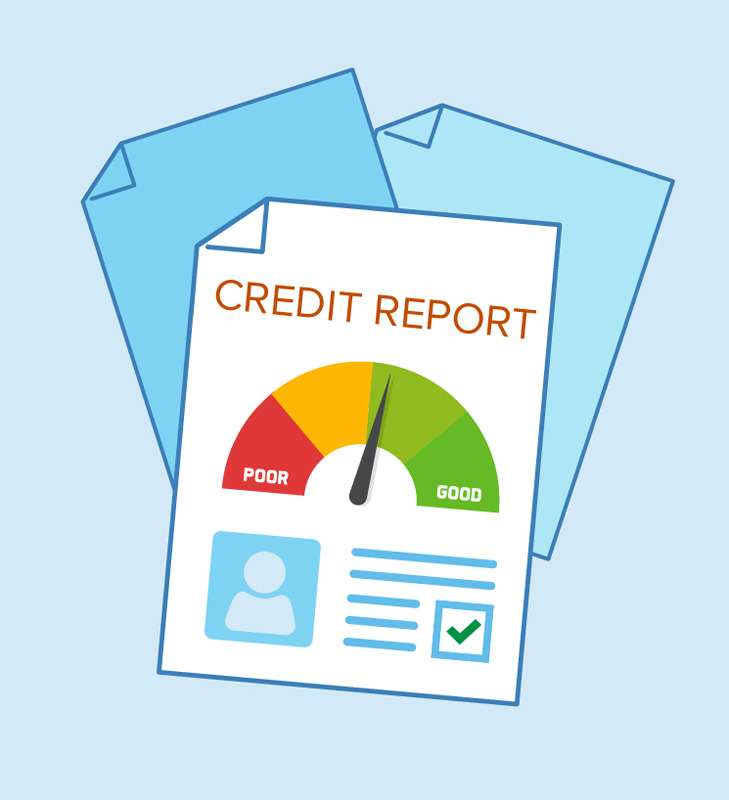 One important back-to-basics step you can take this Financial Literacy Month (or anytime) is checking your credit report.

So you want to know that the information on your report is accurate. And if it’s wrong, you want to make sure someone didn’t steal your identity.

●Order your free credit report. Go to AnnualCreditReport.com or call 877-322-8228. Until the end of the pandemic, everyone in the U.S. can get a free credit report each week from all three national credit bureaus (Equifax, Experian, and TransUnion).

●Read the reports carefully. Do you recognize the accounts? Do they list credit applications? Did you apply for credit at those places?

●Spot mistakes. Fix anything that looks wrong (read more about how). But if it looks like someone else is using your credit, go to IdentityTheft.gov to report it and get a recovery plan.

Look, it’s been a tough time, and it’s hard to get back on track. But you can take steps to rebuild your credit. Only time and a plan to pay off debt will improve your credit, but with free credit reports available every week, it’s a good time to take a small step towards recovery.

The above information is from the Federal Trade Commission Consumer Information blog.

Oasis Credit Group is a credit repair company, based in New York, that is proficient in erasing bad credits accumulated from terrible financial decisions whilst providing its clients with a first-class platform for business or personal growth.

Available statistics suggest that 43% of consumers haven’t checked their credit score in the last year. Meanwhile, VantageScore says there are about 220 million scoreable people and 68 million of them have bad or poor scores. Hence, Oasis Credit Group is aptly positioned with its services—the ability to remove all negative derogatory and delinquent accounts across all 3 bureaus.

“The first thing we do is obtain a 3B Credit Report which is one report from the 3 major credit bureaus. We will then analyze the entire report with the client on the line. We will go over each item that is on the report and figure out what needs to be done. Ex. dispute with the bureaus and/or furnisher, Debt Settlement with the creditor or collection agency, Adding positive accounts, etc. We do not sign up any client who wants to sign up. If we cannot help, we will not onboard the customer”, explained the company CEO.

Oasis Credit Group started as a small business funding industry where they observed the biggest reason for denial was someone’s credit score. “After figuring out a way to help people with their credit scores, we decided to move strictly to credit repair as we saw the number of consumers who can use our service AND the amount of business who can help as well”, explained a company spokesman.

Oasis Credit Group differentiates itself from other companies in the credit repair industry with a number of impeccable services including:

Oasis Credit Group offers a referral bonus as an incentive for any client referred to them.  “As mentioned above, we know what it likes to have a client declined due to credit. We are your solution. Refer those clients to us or any client you know can use our help and we will get them a better credit score AND you will get paid for the referral. We pay a residual commission for each active client each month.”

Perhaps, a pointer to the company’s proficiency is the rave reviews and customer testimonials from clients. According to a client, Gloria G.: “After working with 3 different credit repair companies I had 0 results after 2 years. I was on my last try and Abie was awesome from the first phone call. He didn’t promise anything that wasn’t possible and gave me an accurate timeline to reach a score of 650 so I can get my dream home. They were able to get the results I needed in 2 months! For anyone that has been struggling I strongly recommend you give Oasis a try they DELIVER!”