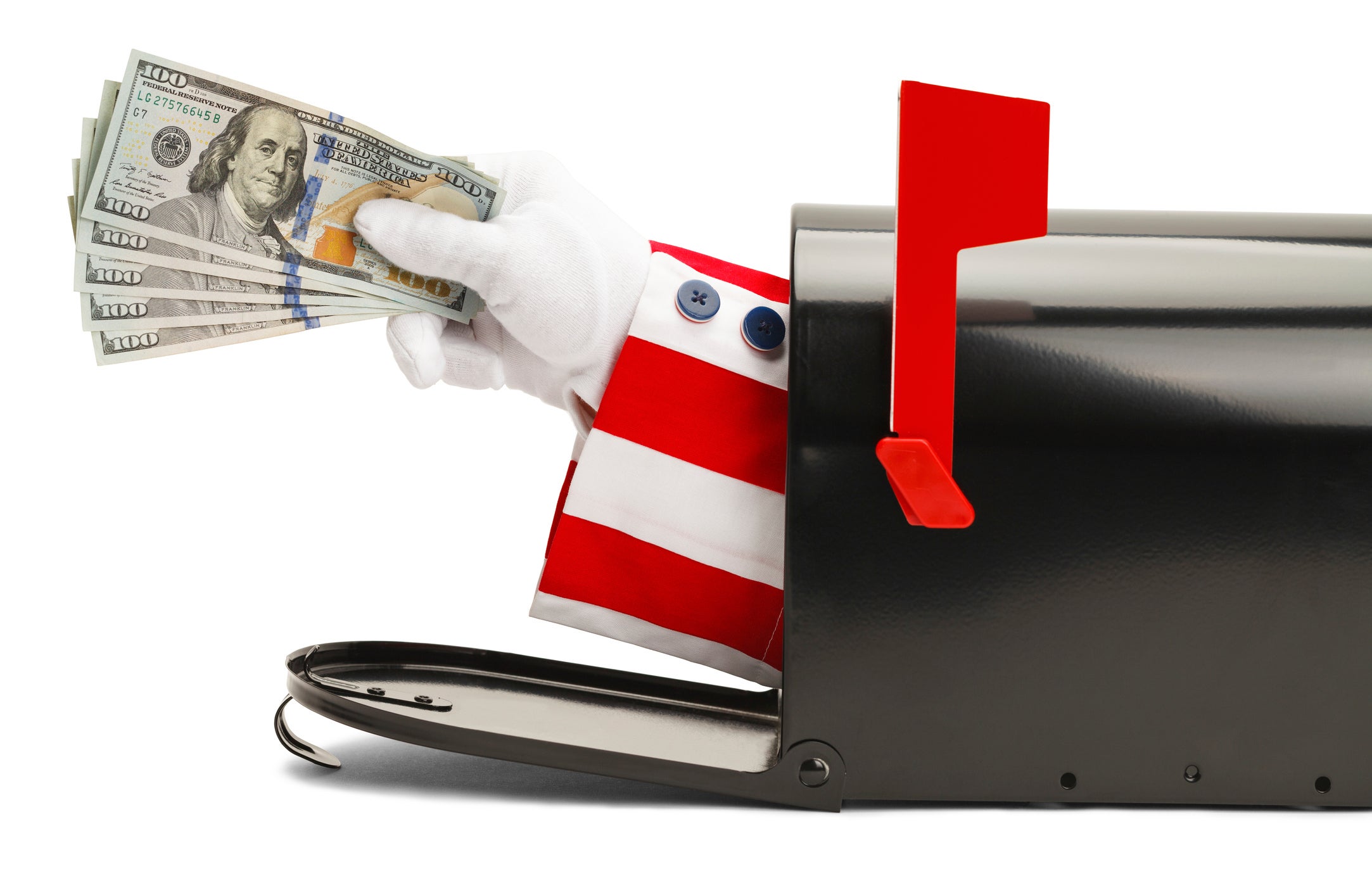 An unprecedented pandemic calls for unprecedented action. In the wake of the proliferation of the coronavirus disease 2019 (COVID-19), which has been confirmed in more than 2 million people worldwide and north of 600,000 Americans, Congress acted swiftly to pass the Coronavirus Aid, Relief, and Economic Security (CARES) Act on March 27, which was subsequently signed into law by President Trump.

The CARES Act is a $2.2 trillion stimulus juggernaut that provides $500 billion in loans to distressed industries, $350 billion in small business loans, $260 billion to broaden the unemployment benefits program, and $300 billion for direct stimulus payments to American workers and seniors. 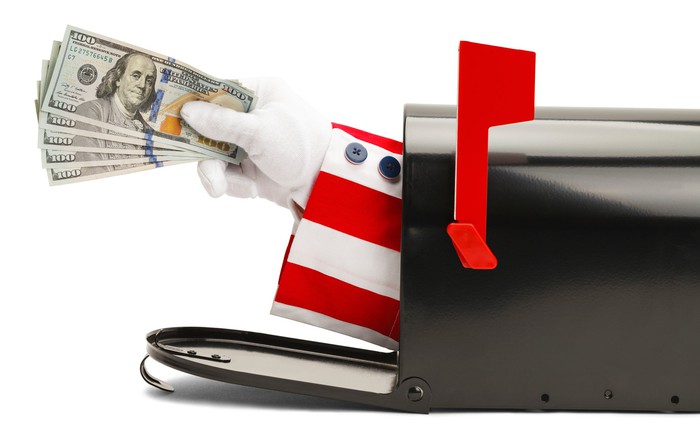 Who qualifies for a coronavirus stimulus check?

As you might have right imagined, the bulk of interest in the CARES Act lies with these direct stimulus payments to what may amount to as many as 140 million American households. These so-called “Trump stimulus checks” can equate to as much as $1,200 for a single taxpayer, or $2,400 for a married couple filing jointly. Each household can also receive an additional $500 per qualifying child aged 16 and under. Thus, a married couple with two children may net as much as $3,400.

Then again, not everyone qualifies for a coronavirus relief check – or at least the full amount.

For those folks who fall in between these upper and lower income bounds, $5 in stimulus benefit will be removed for every $100 in AGI above the lower bound. For instance, a single filer with $85,000 in AGI can expect to receive a $700 stimulus check.

Dependents aged 17 and older, along with most non-citizens without a Social Security number, will also be excluded from receiving a stimulus check. 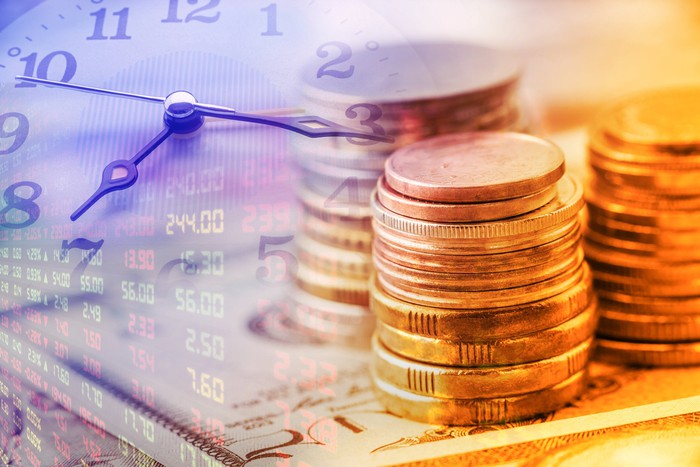 Some 15 million Americans plan to invest their Trump stimulus check

The big question is: What should you do with your stimulus check once it arrives?

According to a recent survey of more than 1,000 people by online credit repair site Crediful, almost half of all respondents said they planned to use their stimulus check to buy groceries or pay various bills and utility costs.

But what stood out as particularly striking is that 10.7% of survey respondents planned to invest their Trump stimulus check. If we assume this percentage can be extrapolated out to the approximately 140 million households potentially receiving a stimulus payment, it means (at least) 15 million Americans, or about 1 in 9 households, plan to turn their coronavirus payouts into a money machine.

There’s absolutely no denying that the stock market has been exceptionally volatile of late. Last month, the CBOE Volatility Index, often referred to as the “fear index,” wound up hitting an all-time high. This is because we’re witnessing unparalleled disruption to the labor market and U.S. economy, with nearly 17 million jobs lost in a three-week span and some economists projecting the unemployment rate could spike as high as 30%.

However, the stock market has an impeccable track record of making investors money, so long as they hold onto their investments for long periods of time. Data from Crestmont Research finds that any 20-year rolling period over the past century for the benchmark S&P 500 (SNPINDEX:^GSPC) would have made investors money, inclusive of dividends. In fact, ending the 20-year rolling period in more than 40 of the past 100 years would have resulted in an average annual return of at least 10%. 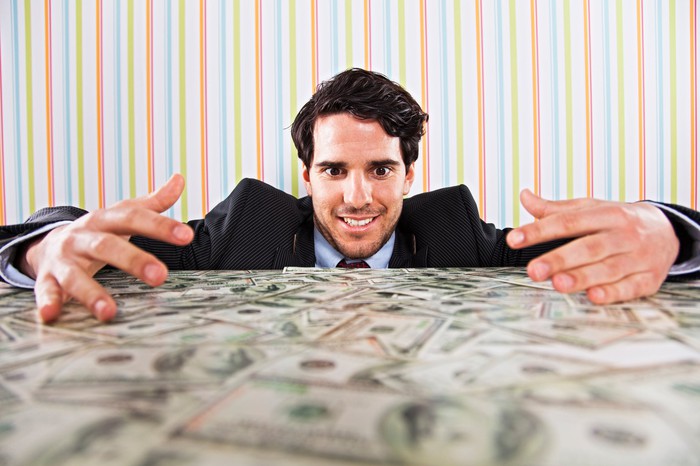 If you find yourself among the 15 million Americans likely to put your stimulus check to work on the investment front, here are a few ways you can turn that payout into a bigger sum of money.

Another option would be to consider dividend stocks. A 2013 study from J.P. Morgan Asset Management found that companies initiating and raising their payouts between 1972 and 2012 returned an average of 9.5% per year over this four decade stretch. Meanwhile, non-dividend-paying stocks returned an average of just 1.6% annually over this same time frame.

One exceptionally safe option to consider is healthcare conglomerate Johnson & Johnson (NYSE:JNJ), which just announced its 58th consecutive year with a dividend increase this past week. The thing about healthcare is that it’s far more defensive than you might realize. Since we don’t get to choose when we get sick or what ailment(s) we develop, healthcare stocks like Johnson & Johnson tend to experience little or no disruption in cash flow. It also doesn’t hurt that Johnson & Johnson is one of only two publicly traded companies with the highly coveted AAA credit rating from Standard & Poor’s. This means S&P has more confidence in J&J paying back its debts than it does of the U.S. federal government making good on its own debts.

No matter your investment choice, as long as you intend to hold your positions over the long run, you’ll have a pretty good chance of turning your stimulus check into a money machine.